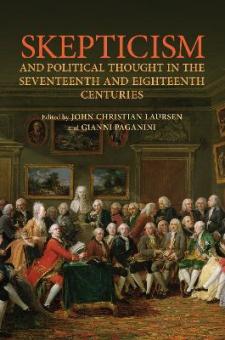 Skepticism and Political Thought in the Seventeenth and Eighteenth Centuries

In this collection, thirteen distinguished contributors examine the influence of the ancient skeptical philosophy of Pyrrho of Elis and Sextus Empiricus on early modern political thought. Classical skepticism argues that in the absence of certainty one must either suspend judgment and live by habit or act on the basis of probability rather than certainty. In either case, one must reject dogmatic confidence in politics and philosophy. Surveying the use of skepticism in works by Hobbes, Descartes, Hume, Smith, and Kant, among others, the essays in Skepticism and Political Thought in the Seventeenth and Eighteenth Centuries demonstrate the pervasive impact of skepticism on the intellectual landscape of early modern Europe. This volume is not just an authoritative account of skepticism's importance from the Enlightenment to the French Revolution, it is also the basis for understanding skepticism's continuing political implications.