Slavery at the Frontiers of Islam 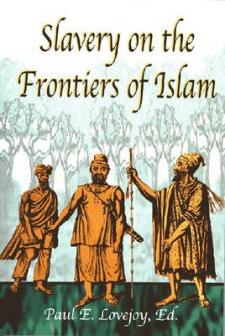 This collection of essays offers a new paradigm, in which the trans-Saharan and trans-Atlantic worlds of slavery are brought into focus under the same lens. While slave studies have considered either trans-Atlantic or Islamic slavery, rarely has any study combined the enslavement of Africans in America and the Lands of Islam in one volume. Both the Saharan and Atlantic worlds imported enslaved populations from western and central Sudan, but in general the two markets have been treated in isolation and without reference to the common bond of Islam and the multiple roles that Islam has played in the history of slavery, whether in West Africa itself, the Americas, or the Islamic Mediterranean. Western Africa served as the point of dispersion across desert and sea, but it was also the final destination of many of those who were enslaved but who were not transported across the Atlantic or the Sahara. The relationship between Islam and slavery is explored as a series of frontiers: in the Americas between enslaved Muslims and their Christian masters and the types of resistance and accommodation that arose there; in West Africa between Muslim and non-Muslim societies and the attempts at defining who was a Muslim in terms of issues of enslavement; in North Africa between Muslim masters and the enslaved population from West Africa and the popularity of spirit possession cults. The resistance of Muslims to assimilation and the accommodation of Muslims to bondage also created other frontiers that are explored in this book.