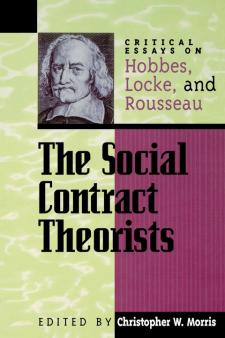 This reader introduces students of philosophy and politics to the contemporary critical literature on the classical social contract theorists: Thomas Hobbes (1599-1697), John Locke (1632-1704), and Jean-Jacques Rousseau (1712-1778). Twelve thoughtfully selected essays guide students through the texts, familiarizing them with key elements of the theory, while at the same time introducing them to current scholarly controversies. A bibliography of additional work is provided. The classical social contract theorists represent one of the two or three most important modern traditions in political thought. Their ideas dominated political debates in Europe and North America in the 17th and 18th centuries, influencing political thinkers, statesmen, constitution makers, revolutionaries, and other political actors alike. Debates during the French Revolution and the early history of the American Republic were often conducted in the language of Hobbes, Locke, and Rousseau. Later political philosophy can only be understood against this backdrop. And the contemporary revival of contractarian moral and political thought, represented by John Rawls' A Theory of Justice (1971) or David GauthierOs Morals by Agreement (1986), needs to be appreciated in the history of this tradition.