Social Mobilization in the Arab/Israeli War of 1948 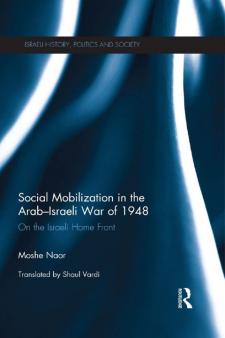 In many ways, the Arab-Israeli war of 1948 is typical of the total military conflicts that characterized the first half of the twentieth century. However, in addition to the military course of the war, and its formative and revolutionary ramifications, this war was also notable for the social mobilization of the Israeli population. Social Mobilization in the Arab-Israeli War of 1948 focuses on these civilian aspects of the war, the involvement of the Israeli home front in the fighting and the participation of society in the process of mobilization. Israeli civil society organizations played an active and central role in mobilizing the economy for the war effort, mobilizing personnel for military service, for labor and for the emergency services, and in organizing the home front. The function of Israeli society and civil organizations in processes of mobilization, conducted against the background of the end of the British mandate and the establishment of the State of Israel, was one of the principal factors that contributed to the Israeli military victory in the 1948 war. Civilian aspects of the 1948 war have received little attention, despite the opening of the archives in the 1980s. As such, Social Mobilization in the Arab-Israeli War of 1948 is an important contribution, particularly for those interested in Israeli History, Jewish History, Middle Eastern History, the Arab-Israeli conflict and War Studies.