The Social Scientific Study of Exorcism in Christianity 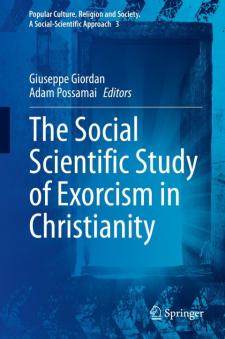 This book presents an academic analysis of exorcism in Christianity. It not only explores the crisis and drama of a single individual in a fight against demonic possession but  also looks at the broader implications for the society in which the possessed lives. In recognition of this, coverage includes case studies from various geographical areas in Europe, North and South America, and Oceania. The contributors explore the growing significance of the rite of exorcism, both in its more structured format within traditional Christian religions as well as in the less controlled and structured forms in the rites of deliverance within Neopentecostal movements. They examine theories on the interaction between religion, magic, and science to present new and groundbreaking data on exorcism. The fight against demonic possession underlines the way in which changes within the religious field, such as the rediscovery of typical practices of popular religiosity, challenge the expectations of the theory of secularization. This book argues that if possession is a threat to the individual and to the equilibrium of the social order, the ritual of exorcism is able to re-establish a balance and an order through the power of the exorcist. This does not happen in a social vacuum but in a consumer culture where religious groups market themselves against other faiths. This book appeals to researchers in the field.