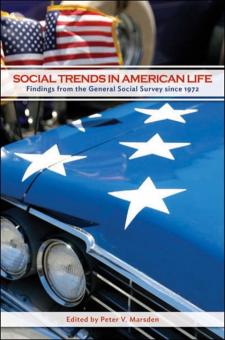 Changes in American social attitudes and behaviors since the 1970sSocial Trends in American Life assembles a team of leading researchers to provide unparalleled insight into how American social attitudes and behaviors have changed since the 1970s. Drawing on the General Social Survey-a social science project that has tracked demographic and attitudinal trends in the United States since 1972-it offers a window into diverse facets of American life, from intergroup relations to political views and orientations, social affiliations, and perceived well-being.Among the book's many important findings are the greater willingness of ordinary Americans to accord rights of free expression to unpopular groups, to endorse formal racial equality, and to accept nontraditional roles for women in the workplace, politics, and the family. Some, but not all, signs indicate that political conservatism has grown, while a few suggest that Republicans and Democrats are more polarized. Some forms of social connectedness such as neighboring have declined, as has confidence in government, while participation in organized religion has softened. Despite rising standards of living, American happiness levels have changed little, though financial and employment insecurity has risen over three decades.Social Trends in American Life provides an invaluable perspective on how Americans view their lives and their society, and on how these views have changed over the last two generations.