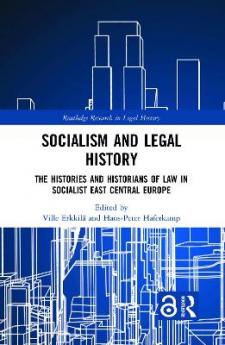 This book focuses on the way in which legal historians and legal scientists used the past to legitimize, challenge, explain and familiarize the socialist legal orders, which were backed by dictatorial governments.

The volume studies legal historians and legal histories written in Eastern European countries during the socialist era after the Second World War. The book investigates whether there was a unified form of socialist legal historiography, and if so, what can be said of its common features. The individual chapters of this volume concentrate on the regimes that situate between the Russian, and later Soviet, legal culture and the area covered by the German Civil Code. Hence, the geographical focus of the book is on East Germany, Russia, the Baltic states, Poland and Hungary. The approach is transnational, focusing on the interaction and intertwinement of the then hegemonic communist ideology and the ideas of law and justice, as they appeared in the writings of legal historians of the socialist legal orders. Such an angle enables concentration on the dynamics between politics and law as well as identities and legal history.

Studying the socialist interpretations of legal history reveals the ways in which the 20th century legal scholars, situated between legal renewal and political guidance gave legitimacy to, struggled to come to terms with, and sketched the future of the socialist legal orders.

The book will be a valuable resource for academics and researchers working in the areas of Legal History, Jurisprudence and Philosophy of Law and European Studies.

The Open Access version of this book, available at

https://www.taylorfrancis.com/books/socialism-legal-history-ville-erkkil..., has been made available under a Creative Commons Attribution-Non Commercial-No Derivatives 4.0 license."