Solidarity and the Stranger 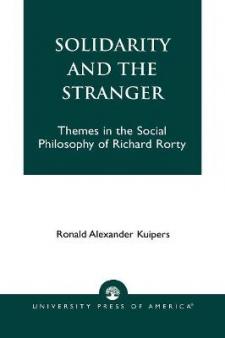 In a critical yet sympathetic examination of Richard Rorty's philosophy, the author uses the biblical figure of 'The Stranger' to explore some ethical tensions in Rorty's affirmation of a liberal polity. The book begins with an exegesis of Rorty's work in epistemology and metaphilosophy, especially as these subjects are developed in his magnum opus Philosophy and the Mirror of Nature. After appreciating Rorty's critique of epistemology-centered analytic philosophy, the book moves to explore Rorty's peculiar appropriation of pragmatism, and his rejection of philosophy as a foundational discipline or 'superjudge' of human cultural practice and belief.