Some Joe You Don't Know 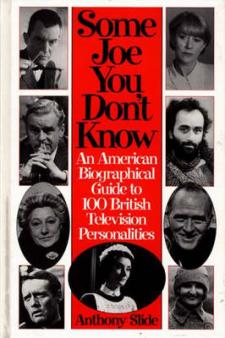 Americans have been watching and enjoying British television programming since the mid-1950s, but the information on the personalities involved is difficult, if not impossible, to find in the United States. This guide provides biographical essays, complete with bibliographies, on 100 of the best known and loved actors and actresses from Richard Greene (Robin Hood) and William Russell (Sir Lancelot) in the 1950s through stars of Masterpiece Theatre, including Robin Ellis and Jean Marsh, to the new generation of British comedy performers such as Alexei Sayle and Jennifer Saunders. Not only are serious dramatic actors and actresses, such as Joan Hickson and Roy Marsden, to be found here, but also the great comedy stars, including Benny Hill and John Inman.

Among the many shows discussed in the text are Absolutely Fabulous; You Being Served?; Dad's Army; Doctor Who; ; Fawlty Towers; The Good Life; The Jewel in the Crown; Poldark; Rumpole of the Bailey; Upstairs, Downstairs; and Yes, Minister. The guide offers not only factual information but also samplings of contemporary critical commentary and in-depth interviews with Terence Alexander, Richard Briers, Benny Hill, Wendy Richard, Prunella Scales, and Moray Watson. This is a reference source that also serves as fascinating entree into the wonderful world of British television, one that is as fun to browse as it is to use for factual documentation.