The Sounds of Spanish with Audio CD 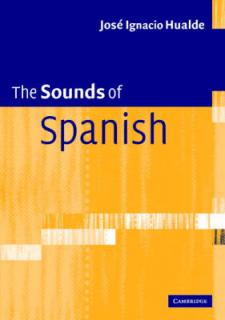 This accessible textbook provides a clear introduction to the sounds of Spanish, designed specifically for English-speaking students of the language. Assuming no prior knowledge of linguistics, it explains from scratch the fundamentals of phonetics (the study of sounds) and phonology (the study of sound systems) and describes in detail the phonetic and phonological characteristics of Spanish as it is spoken in both Spain and Latin America. Topics covered include consonants, vowels, acoustics, stress, syllables, intonation, and aspects of variation within Spanish. Clear comparisons are made between the sounds of Spanish and those of English, and students are encouraged to put theory into practice with over fifty graded exercises. Setting a solid foundation in the description and analysis of Spanish sounds, The Sounds of Spanish will help students improve their pronunciation of the language, and will also be useful to those studying the linguistic structure of Spanish for the first time. All the sounds described in this book are demonstrated on The Sounds of Spanish Audio CD included with this book.