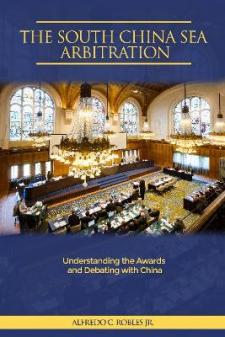 The South China Sea Arbitration, which marks the first time that the Philippines and China have been parties to a compulsory dispute settlement procedure, is a landmark legal case. The Tribunal tackled head-on critical issues in the interpretation and application of the UN Convention on the Law of the Sea that other international courts have failed to address, particularly the compatibility of historic rights with the Convention, the identification of maritime features as permanently submerged or above water at high-tide, and the distinction between features that are fully entitled to maritime zones and those that are not. In addition, the Tribunal also had to decide on issues as diverse as near-collisions at sea, illegal fishing of giant clams and sea turtles, and the destruction of fragile coral reefs resulting from island-building. The Tribunals task was rendered arduous by Chinas refusal to appear before it. In these circumstances, understanding the Tribunals decisions is a challenging undertaking. Chinas public relations campaign targeting the proceedings raised issues that the layperson could readily grasp, notably African states support for its non-appearance, the integrity of the judges, and the validity of arbitral awards. Understanding the Awards and Debating with China aims to facilitate understanding of the South China Sea Arbitration by presenting detailed summaries of the two Arbitral Awards. The author rebuts the questionable claims raised by Chinas public relations campaign and highlights Chinas covert actions during the proceedings.