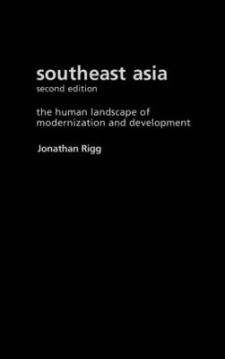 This book charts the development of Southeast Asia, examining the economies of Vietnam, Laos, Cambodia and Burma alongside the established Asian market economies. Drawing on case studies from across the region, the author assesses poverty and ways in which the poor are identified and viewed. Process and change in the rural and urban 'worlds' are examined in detail, focusing on the strengthening rural-urban interaction as 'farmers' make a living in the urban-industrial sector and factories relocate into agricultural areas.

Giving prominence to indigenous notions of development, based on Buddhism, Islam and the so-called 'Asian Way', the author critically assesses the conceptual foundations of development, ideas of post-developmentalism, and the 'miracle' thesis. In the light of the experience of one of the most vibrant regions in the world, the book places emphasis on the process of modernization within wider debates of development and challenges the notion that development has been a mirage for many and a tragedy for some.