Soviet Perceptions Of The Oil Factor In U.s. Foreign Policy 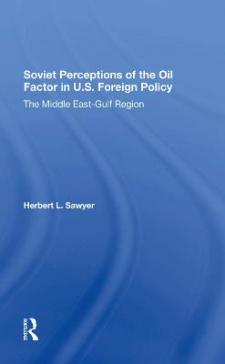 America's energy position, and that of the West in general, is vulnerable. The major source of that vulnerability is the potential that oil supplies from the Gulf1 could be interrupted for an extended period. The fact that during the first quarter of 1983 U.S. crude oil imports dropped to 2.8 million barrels a day (mbd) from 4 mbd during the same quarter in 19822 (a very substantial decrease of thirty percent from what. was already a relatively low level) is less comforting than it appears. In spite of this decrease in demand, U.S. reserve stocks could be eliminated by an increased demand for oil stemming from a vigorous economic recovery, in the the West. If, in the context of such a recovery, the members of the Organization of Petroleum Exporting Countries (OPEC) could overcome their current disagreements and introduce some discipline regarding production. levels, they might be able to reestablish a tight supply situation in the world oil market. Moreover, even if such developments do not take place, there is always the chance of a major upheaval in the Middle East-Gulf region, given the volativity of the area, that could be disruptive enough to cause a substantial reduction in oil supplies. In this context, it must be recognized that America's energy vulnerability is inseparable from that of the West in general, because of the fungability of oil.