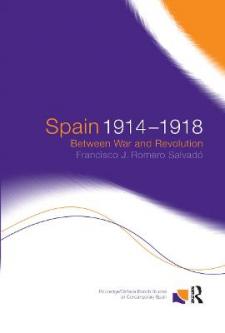 This work analyses the Spanish experience of the First World War in terms of the general crisis in Europe at this time. In Spain, as elsewhere, the impact of four years of devastating conflict resulted in ideological militancy, economic dislocation and social struggle.
The author examines the slow decay of the ruling Liberal Monarchy during the war years, and the failure of the neutrality policy to save the existing regime. He looks at challenges to the Administration from:
* the labour movement
* the bourgeoisie
* the army
* international powers
Romero shows a politically apathetic population galvanised by the war into fierce debate about belligerence or neutrality. The debate divides the nation and the new political awareness leads to a questioning of the Administrations authority. There is also vast economic and social change, as Spain exploits its privileged position as supplier to both sides of the war. These factors lead to galloping inflation, civil unrest and political turmoil, finally resulting in the revolutionary strike of 1917.