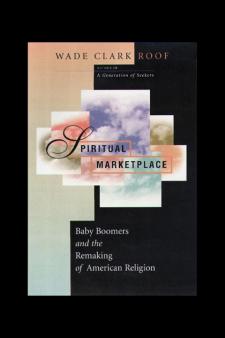 In large chain bookstores the &quote;religion&quote; section is gone and in its place is an expanding number of topics including angels, Sufism, journey, recovery, meditation, magic, inspiration, Judaica, astrology, gurus, Bible, prophesy, evangelicalism, Mary, Buddhism, Catholicism, and esoterica. As Wade Clark Roof notes, such changes over the last two decades reflect a shift away from religion as traditionally understood to more diverse and creative approaches. But what does this splintering of the religious perspective say about Americans? Have we become more interested in spiritual concerns or have we become lost among trends? Do we value personal spirituality over traditional religion and no longer see ourselves united in a larger community of faith? Roof first credited this religious diversity to the baby boomers in his bestselling A Generation of Seekers (1993). He returns to interview many of these people, now in mid-life, to reveal a generation with a unique set of spiritual values--a generation that has altered our historic interpretations of religious beliefs, practices, and symbols, and perhaps even our understanding of the sacred itself. The quest culture created by the baby boomers has generated a &quote;marketplace&quote; of new spiritual beliefs and practices and of revisited traditions. As Roof shows, some Americans are exploring faiths and spiritual disciplines for the first time; others are rediscovering their lost traditions; others are drawn to small groups and alternative communities; and still others create their own mix of values and metaphysical beliefs. Spiritual Marketplace charts the emergence of five subcultures: dogmatists, born-again Christians, mainstream believers, metaphysical believers and seekers, and secularists. Drawing on surveys and in-depth interviews for over a decade, Roof reports on the religious and spiritual styles, family patterns, and moral vision and values for each of these subcultures. The result is an innovative, engaging approach to understanding how religious life is being reshaped as we move into the next century.