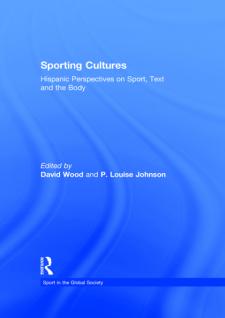 The essays that comprise this book mark new territory in the study of sport in the Hispanic world, a key site of cultural experience for the populations of Latin America, the United States and the Iberian Peninsula. The scope of the volume is the exploration of the representation and interaction of sport / text / body in a variety of cultural forms in Latin America, Spain and the chicano population of the USA. As such, it opens a path for further study of an area that is experiencing significant growth in the international academic community. The book consists of 11 chapters by different authors, and an introduction, totalling c.85,000 words. The essays deal with the key sporting practices of the Hispanic world, including boxing, baseball, athletics, Olympic movements and football, approaching them as physical manifestations in their own right and as cultural representations (via media images, poetry, narrative fiction, murals) through the research methodologies of the humanities and social sciences.   This book was previously published as a special issue of the International Journal of the History of Sport