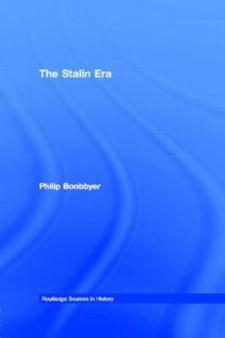 This book provides a wide-ranging history of every aspect of Stalin's dictatorship over the peoples of the Soviet Union. Drawing upon a huge array of primary and secondary sources, The Stalin Era is a first-hand account of Stalinist thought, policy and and their effects. It places the man and his ideology into context both within pre-Revolutionary Russia, Lenin's Soviet Union and post-Stalinist Russia. The Stalin Era examines:
* collectivisation
* industrialisation
* terror
* government
* the Cult of Stalin
* education and Science
* family
* religion: The Russian Orthodox Church
* art and the state.