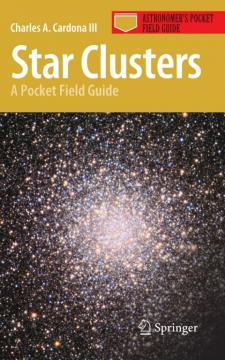 I have spent many wonderful nights observing at a variety of places around the world, but many of my fondest memories come from those made at the Custer Observatory in Southold on Long Island, where I grew up. I was only perhaps a dozen years old when I started out, and now more than three decades later I have logged millions of miles on the various telescopes there. Some of the best memories are of observing and discussing astronomical topics with the many really terrific people who make up Custer. It truly holds a special place in my heart. Star clusters were always among my favorite objects to observe and discuss there. This book is the result of the exposure to these objects, many of which I observed for the first time at Custer. The Custer Institute Observatory was founded in the 1920s by local resident Charles W. Elmer of Perkin-Elmer Corp. fame. The original crew met at his house in Cedar Beach a few miles down the road from the institute. In the 1930s the group built an observatory complete with Mr. Elmer's donated 5&quote; Alvan Clark refractor. Later the observatory expanded to include a 6&quote; Clark refractor and other even larger instruments.