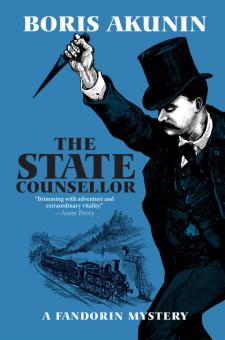 The Scottish crime master dishes out ';equal parts adrenaline and empathy' in a thriller featuring a woman hacker and online intrigue (Diana Gabaldon). Sam Morpeth has had to grow up way too fast. Left to fend for a younger sister with learning difficulties when their mother goes to prison, she is forced to watch her dreams of university evaporate. But Sam learns what it is to be truly powerless when a stranger begins to blackmail her online. Meanwhile, reporter Jack Parlabane seems to have finally gotten his career back on track with a job at a flashy online news start-up, but his success has left him indebted to a volatile source on the wrong side of the law. Now that debt is being called in, and it could cost him everything. Thrown together by a common enemy, Sam and Jack are about to discover they have more in common than they realizeand might be each other's only hope. (Published in the UK as Want You Gone) ';Pure literary dynamite.' Lorenzo Carcaterra, New York Timesbestselling author of Sleepers ';Tremendous fun, with superb characterization, gripping moral complexity, and no shortage of clever villainy.' Chris Pavone,New York Timesbestselling author of The Paris Diversion ';A revelation... The computer is the scariest tool since the invention of the buzzsaw.' Thomas Perry,New York Timesbestselling author of The Bomb Maker ';Works exceptionally well as cybercrime fiction, but it's the human element that makes it tick.' Kirkus Reviews