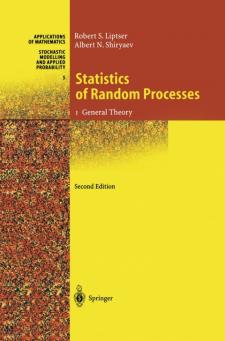 At the end of 1960s and the beginning of 1970s, when the Russian version of this book was written, the 'general theory of random processes' did not operate widely with such notions as semimartingale, stochastic integral with respect to semimartingale, the ItO formula for semimartingales, etc. At that time in stochastic calculus (theory of martingales), the main object was the square integrable martingale. In a short time, this theory was applied to such areas as nonlinear filtering, optimal stochastic control, statistics for diffusion­ type processes. In the first edition of these volumes, the stochastic calculus, based on square integrable martingale theory, was presented in detail with the proof of the Doob-Meyer decomposition for submartingales and the description of a structure for stochastic integrals. In the first volume ('General Theory') these results were used for a presentation of further important facts such as the Girsanov theorem and its generalizations, theorems on the innovation pro­ cesses, structure of the densities (Radon-Nikodym derivatives) for absolutely continuous measures being distributions of diffusion and ItO-type processes, and existence theorems for weak and strong solutions of stochastic differential equations. All the results and facts mentioned above have played a key role in the derivation of 'general equations' for nonlinear filtering, prediction, and smoothing of random processes.