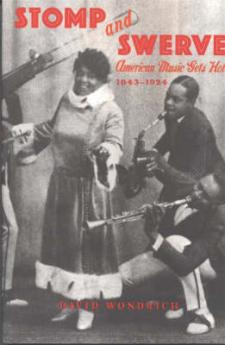 The early decades of American popular music are, for most listeners, the dark ages. It wasn't until the mid-1920s that the full spectrum of this music -- black and white, urban and rural, sophisticated and crude -- made it onto records for all to hear. This book brings a forgotten music, hot music, to life by describing how it became the dominant American music -- how it outlasted sentimental waltzes and parlour ballads, symphonic marches and Tin Pan Alley novelty numbers -- and how it became rock 'n' roll. It reveals that the young men and women of that bygone era had the same musical instincts as their descendants Louis Armstrong, Elvis Presley, James Brown, Jimi Hendrix, and even Ozzy Osbourne. In minstrelsy, ragtime, brass bands, early jazz and blues, fiddle music, and many other forms, there was as much stomping and swerving as can be found in the most exciting performances of hot jazz, funk, and rock.
Along the way, it explains how the strange combination of African with Scotch and Irish influences made music in the United States vastly different from other African and Caribbean music; shares terrific stories about minstrel shows, 'coon' songs, whorehouses, knife fights, and other low-life phenomena; and showcases a motley collection of performers heretofore unknown to all but the most avid musicologists and collectors.