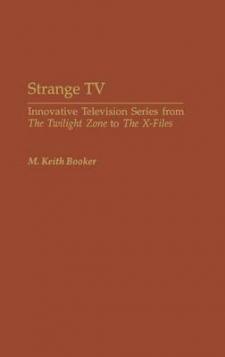 In the years since World War II, commercial television has become the most powerful force in American culture. It is also the quintessential example of postmodernist culture. This book studies how The Twilight Zone, The Prisoner, Twin Peaks, and The X-Files display many of the central characteristics that critics and theorists have associated with postmodernism, including fragmentation of narratives and characters, multiplicity in style and genre, and the collapse of traditional categorical boundaries of all kinds. The author labels these series strange TV since they challenge the conventions of television programming, thus producing a form of cognitive estrangement that potentially encourages audiences to question received ideas.

Despite their challenges to the conventions of commercial television, however, these series pose no real threat to the capitalist order. In fact, the very characteristics that identify these series as postmodern are also central characteristics of capitalism itself, especially in its late consumerist phase. An examination of these series within the context of postmodernism thus confirms Fredric Jameson's thesis that postmodernism is a reflection of the cultural logic of late capitalism. At the same time, these series do point toward the potential of television as a genuinely innovative medium that promises to produce genuinely new forms of cultural expression in the future.