The Strategy of Equality 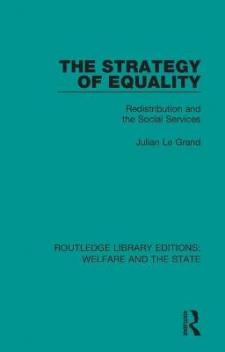 Originally published in 1982 The Strategy of Equality examines public expenditure on the social services as a strategy for promoting social equality. Today there is a widespread belief that the strategy has worked and that public spending on the social services primarily benefits those less well off. However, there have been few attempts to examine whether this belief is founded in reality. This book attempts to rectify this. Examining four areas of social policy: health care, education, housing, and transport, the book looks at the distribution of public expenditure and the 'outcome' of that expenditure, as well as the implications for various conceptions of equality.