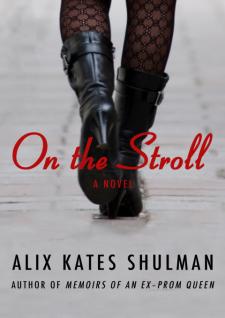 A teenage runaway from Maine gets an eye-opening introduction to life on the streets of New York City Robin catches a bus from her home in Maine to New York City to escape her tyrannical father. With no money and little hope of finding a decent job, the sixteen-year-old girl is easy prey for a hard-luck pimp named Prince. He quickly gains Robin’s trust and introduces her to the seedy underbelly of the city, a world of sex, drugs, and lies in which she must fight to survive. A homeless woman named Owl, who was once beautiful and bold, befriends Robin as they both struggle to take control of their lives.   On the Stroll is a moving, gritty picture of the people who find themselves on society’s margins and a heartrending look at the ultimate costs of homelessness and prostitution.