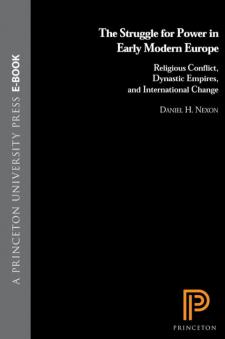 Scholars have long argued over whether the 1648 Peace of Westphalia, which ended more than a century of religious conflict arising from the Protestant Reformations, inaugurated the modern sovereign-state system. But they largely ignore a more fundamental question: why did the emergence of new forms of religious heterodoxy during the Reformations spark such violent upheaval and nearly topple the old political order? In this book, Daniel Nexon demonstrates that the answer lies in understanding how the mobilization of transnational religious movements intersects with--and can destabilize--imperial forms of rule. Taking a fresh look at the pivotal events of the sixteenth and seventeenth centuries--including the Schmalkaldic War, the Dutch Revolt, and the Thirty Years' War--Nexon argues that early modern &quote;composite&quote; political communities had more in common with empires than with modern states, and introduces a theory of imperial dynamics that explains how religious movements altered Europe's balance of power. He shows how the Reformations gave rise to crosscutting religious networks that undermined the ability of early modern European rulers to divide and contain local resistance to their authority. In doing so, the Reformations produced a series of crises in the European order and crippled the Habsburg bid for hegemony. Nexon's account of these processes provides a theoretical and analytic framework that not only challenges the way international relations scholars think about state formation and international change, but enables us to better understand global politics today.