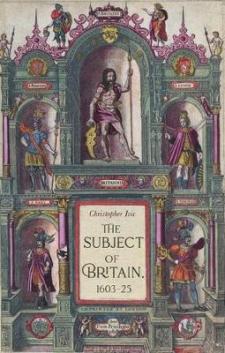 The subject of Britain analyses key seventeenth-century texts by Bacon, Jonson and Shakespeare within the context of the English reign of King James VI and I, whose desire to create a united Britain prompted serious reflection on questions of nationhood. This book traces writing on Britain and Britishness in succession literature, panegyric, Union tracts and treatises, play-texts and atlases. Focusing on texts printed in London and Edinburgh, as well as manuscript material that circulated within and across Britain and Ireland, this book sheds valuable light on texts in relation to the wider geopolitical context that informed their production. Combining literary criticism with political analysis and book history, The subject of Britain offers a fresh approach to a significant moment in British history, and will appeal to postgraduates and undergraduates of early modern British literary history. -- .