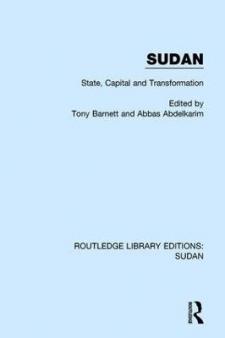 By the mid-1980s, Sudan's economy, society and political framework were on the point of disintegration. Civil war was exacerbating the effects of an already major famine. An unpopular government was resorting to ever more extreme measures in order to remain in power. The imposition of a particularly oppressive and hash interpretation of sharia law was heightening racial and religious tensions. Internationally, Sudan was faced by a debt crisis which was apparently insoluble, and which threatened to undermine completely what was left of the economy. This book, first published in 1988, examines the complex economic and social processes which led to this situation - emphasising the part played by the state itself. The book combines detailed multi-disciplinary analyses of Sudan in the post-colonial era with a consideration of possibilities for the future.