The Sun from Space 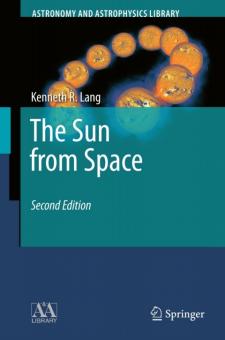 The First Edition of The Sun from Space, completed in 1999, focused on the early accomplishments of three solar spacecraft, SOHO, Ulysses, and Yohkoh, primarily during a minimum in the Sun's 11-year cycle of magnetic activity. The comp- hensive Second Edition includes the main ndings of these three spacecraft over an entire activity cycle, including two minima and a maximum, and discusses the signi cant results of six more solar missions. Four of these, the Hinode, RHESSI, STEREO, and TRACE missions were launched after the First Edition was either nished or nearly so, and the other two, the ACE and Wind spacecraft, extend our investigations from the Sun to its varying input to the Earth. The Second Edition does not contain simple updates or cosmetic patch ups to the material in the First Edition. It instead contains the relevant discoveries of the past decade, integrated into chapters completely rewritten for the purpose. This provides a fresh perspective to the major topics of solar enquiry, written in an enjoyable, easily understood text accessible to all readers, from the interested layperson to the student or professional.