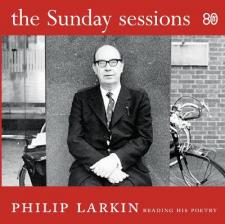 The Sunday Sessions consists of twenty-six poems, the contents of two tapes recorded by Philip Larkin in Hull in February 1980 - reportedly, each on a Sunday, after lunch with John Weeks, a sound engineer and colleague of the poet. The tapes, which contain work from Larkin's first major collection, The North Ship, as well as poems from his best-known collections, The Whitsun Weddings and High Windows, remained 'lost' for over two decades, lying on a shelf in the garage in which they were recorded. Since their rediscovery they have been the subject of widespread media attention, including a BBC Radio 4 Archive Hour documentary. Their contents are here published in full for the first time.