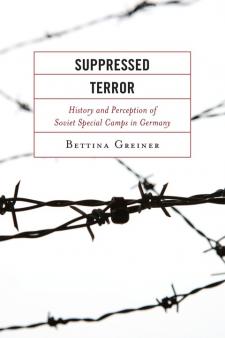 At the end of World War II, the Soviet secret police installed ten special camps in the Soviet occupation zone, later to become the German Democratic Republik. Between 1945 and 1950, roughly 154,000 Germans were held incommunicado in these camps. Whether those accused of being Nazis, spies, or terrorists were indeed guilty as charged, they were indiscriminately imprisoned as security threats and denied due process of the law. One third of the captives did not survive. To this day, most Germans have no knowledge of this postwar Stalinist persecution, even though it exemplifies in a unique way the entangled history of Germans as perpetrators and victims. How can one write the history of victims in a “society of perpetrators?” This is only one of the questions Displaced Terror: History and Perception of Soviet Special Camps in Germany raises in exploring issues in memory culture in contemporary Germany. The study begins with a detailed description of the camp system against the backdrop of Stalinist security policies in a territory undergoing a transition from war zone to occupation zone to Cold War hot spot. The interpretation of the camps as an instrument of pacification rather than of denacification does not ignore the fact that, while actual perpetrators were a minority, the majority of the special camp inmates had at least been supporters of Nazi rule and were now imprisoned under life-threatening conditions together with victims and opponents of the defeated regime. Based on their detention memoirs, the second part of the book offers a closer look at life and death in the camps, focusing on the prisoners' self-organization and the frictions within these coerced communities. The memoirs also play an important role in the third and last part of the study. Read as attempts to establish public acknowledgment of violence suffered by Germans, they mirror German memory culture since the end of World War II.