The Swan of the Well by Titia Brongersma 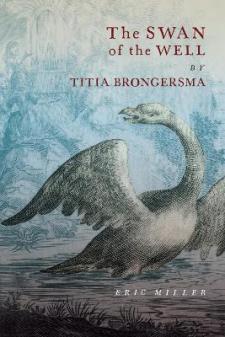 Acclaimed as Sappho reborn by the circle of humanist intellectuals centred around Groningen University in the Netherlands, the Dutch poet Titia Brongersma published her only book, The Swan of the Well, in 1686. This is the first full translation of Brongersma's extant work. An artist as versatile, eloquent, and daring as her English contemporary Aphra Behn, Brongersma dedicated more than thirty impassioned poems to her beloved, Elisabeth Joly, and experimented with pastoral verse in West Frisian. Famed, too, for her part in a pioneering excavation at the ancient monument in Borger, Brongersma celebrated this experience in strong verse. Evoking Ovid, Petrarch, Dutch theatre, and French opera, the poet brought to life a lost world of gifted, surprising, charming women and men - Joly, her own family, her friends, her patrons, and her supporters - as well as figures from history and mythology. Brongersma expressed a powerful sentiment of solidarity with her sex. Her interest in women's lives, their pleasures, plights, and priorities, inflected the baroque profusion of genres she so captivatingly adopted. Eric Miller's facing-page translations of every piece that Brongersma published are themselves works of art, adequate to this artist's extraordinary bequest. His introduction and notes redeem Brongersma from three centuries of obscurity, survey relevant scholarship, and develop original insights into the poet's inspirations, physical surroundings, sources, and connections.