The Sword of Forbearance 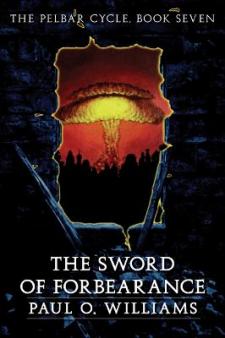 After eleven hundred years of struggle, the warring tribes that survived the apocalyptic destruction of the United States have finally united, forming the peaceful Heart River Federation. But three eastern cities remain outside the federation. Led by Innanigani forces, these last rogue tribes seek western victories and rich lands from the Heart River Federation. In their desire for land, the tribes unleash yet another war. Yet this war is different, for Innanigan is the last renegade state in North America. If a just peace can be negotiated, the continent might be united again for the first time in a millennium. But if the conflict continues, civilization might be lost forever. The Sword of Forbearance is the seventh and final book in the classic series of postapocalyptic novels about the people of Pelbar. Paul O. Williams's fascinating and optimistic vision of an America long after a series of cataclysmic events has enthralled readers for decades.