Sword of the Lamb 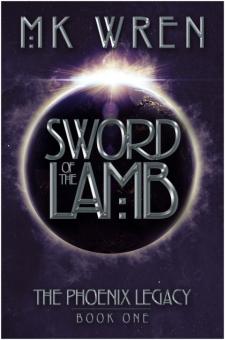 The thrilling start to the Phoenix Legacy space opera: “A new classic! Has the sweep and power of Asimov’s Foundation Trilogy” (Jean M. Auel, author of the Earth’s Children series).   At the heart of the Concord empire, unrest is festering. Unrecognized by the Elite, the ruling class, an undercurrent of rebellion is surging through the enslaved Bond class. It’s a threat that could bring down all of civilization, creating a third Dark Age.   Lord Alexand, first born of the House of DeKoven Woolf, stands to inherit a vast industrial conglomerate along with a seat on the Directorate, the Concord’s ruling body. But he sees the writing on the wall and realizes that if the Bonds explode into total rebellion, there will be nothing to inherit, and the toll in human suffering will be beyond calculation. He makes the difficult decision to “die” and join the Society of the Phoenix, a clandestine organization whose existence is known to only a few Directorate Lords, who consider membership treason and punishable by death. But it may be humanity’s only hope . . .