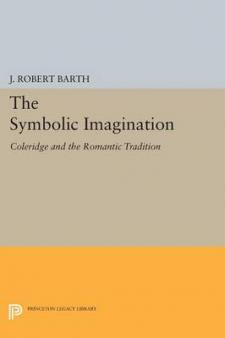 Studying the nature of symbol in Coleridge's work, Father Barth shows that it is central to Coleridge's intellectual endeavor in poetry and criticism as well as in philosophy and theology. He finds symbol to be an essentially religious reality for Coleridge, one that partakes of the nature of a sacrament, especially sacrament as an encounter between material and spiritual reality. Father Barth notes that eighteenth-century poetry was by and large a poetry of metaphor rather than of symbol, a poetry of reference rather than of encounter. In close readings of the poetry of Wordsworth and Coleridge, he shows how they practiced and developed the poetry of symbol. Finally, analyzing the symbolic imagination, the author concludes that it is a phenomenon profoundly linked with the experience of Romanticism itself and with a fundamental change in religious sensibility. Originally published in 1977. The Princeton Legacy Library uses the latest print-on-demand technology to again make available previously out-of-print books from the distinguished backlist of Princeton University Press.
These editions preserve the original texts of these important books while presenting them in durable paperback and hardcover editions. The goal of the Princeton Legacy Library is to vastly increase access to the rich scholarly heritage found in the thousands of books published by Princeton University Press since its founding in 1905.