The Symbolism and Communicative Contents of Dreadlocks in Yorubaland 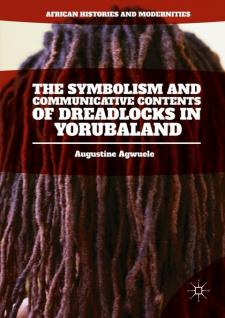 This book offers an interpretation of Yoruba people’s affective responses to an adult Yoruba male with a ‘deviant’ hairstyle. The work, which views hairstyles as a form of symbolic communicative signal that encodes messages that are perceived and interpreted within a culture, provides an ontological and epistemological interpretation of Yoruba beliefs regarding dreadlocks with real-life illustrations of their treatment of an adult male with what they term irun were (insane person’s hairdo). Based on experiential observations as well as socio-cultural and linguistic analyses, the book explores the dynamism of Yoruba worldview regarding head-hair within contemporary belief systems and discusses some of the factors that assure its continuity. It concludes with a cross-cultural comparison of the perceptions of dreadlocks, especially between Nigerian Yoruba people and African American Yoruba practitioners.