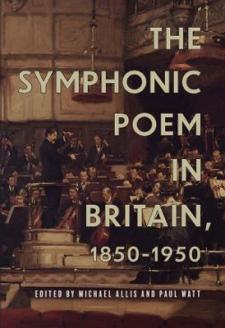 The Symphonic Poem in Britain 1850-1950 aims to raise the status of the genre generally and in Britain specifically. The volume reaffirms British composers' confidence in dealing with literary texts and takes advantage of the contributors' interdisciplinary expertise by situating discussions of the tone poem in Britain in a variety of historical, analytical and cultural contexts.
This book highlights some of the continental models that influenced British composers, and identifies a range of issues related to perceptions of the genre. Richard Strauss became an important figure in Britain during this time, not only in terms of the clear impact of his tone poems, but the debates over their value and even their ethics. A focus on French orchestral music in Britain represents a welcome addition to scholarly debate, and links to issues in several other chapters.
The historical development of the genre, the impact of compositional models, issues highlighted in critical reception as well as programming strategies all contribute to a richer understanding of the symphonic poem in Britain. Works by British composers discussed in more detail include William Wallace's Villon (1909), Gustav Holst's Beni Mora(1909-10), Hubert Parry's From Death to Life (1914), John Ireland's Mai-Dun (1921), and Frank Bridge's orchestral 'poems' (1903-15).