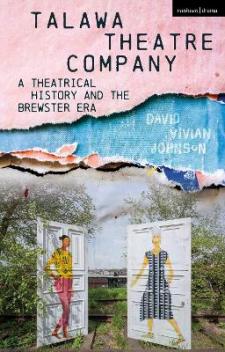 This book discusses the theatrical history of Talawa, the work of Dr Yvonne Brewster OBE, her contribution to the genre of contemporary black British theatre generally, and her founding and subsequent directing of Talawa from 1986 to 2001. The analysis details how Brewster's theatre helped forge a black British identity in Britain, both on and off the British stage, through its strategic presentation of black language and culture in performance.

Following explanations of definitions and sociolinguistic methodology in Chapter One: Voicing an Identity, Talawa's theatrical roots are shown in Chapter Two: Post Traumatic Slavery Disorder, to have begun in Africa, developed in Jamaica and further progressed by British Caribbean post war artists in Britain. In Chapter Three: A Stanger in Non-Paradise, Brewster's early life, her significant contribution to contemporary black British theatre, her founding of Talawa and the company's three year residency in the West End are discussed.

Talawa's work is then explored by genre as follows; Chapter Four: The Island Plays highlights Talawa's Caribbean productions. These are; An Echo In The Bone, Maskarade, The Black Jacobins, The Dragon Can't Dance, The Lion and Beef No Chicken. In Chapter Five: The Black South, Talawa's American productions; The Love Space Demands, From The Mississippi Delta and Flyin' West point to the relevance of African American work to Talawa's audience. Chapter Six: Stay in Your Box illustrates Brewster's ground breaking work in the British classical genre. The productions discussed are; Anthony and Cleopatra, King Lear, Tis Pity She's a Whore, The Importance of Being Earnest and Othello.

The book ends with Chapter Seven: Don't Tell Massa. Brewster and her work at Talawa are summed up, followed by an insight into her final attempt to secure a permanent home for black theatre in Britain.