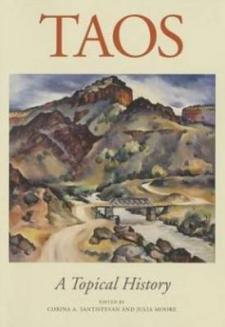 In the 1950's, Frank Waters wrote, "For a tiny hinterland community that has never heard of the whistle of a train, [Taos's] impact has been exceeded by few metropolitan communities." This book is a substantial new account of this northern New Mexico town where three cultures -- Tiwa, Spanish, and Anglo -- have shared land, water, and traditions for much of modern history. The book's twenty-six chapters, written by scholars and writers who have special knowledge of their subjects, deliver Taos's story in topical increments, beginning with a stirring chapter on the Taos Valley's highly dynamic geologic history and concluding with surveys of artists and writers who have made Taos famous.