Terror on the Internet 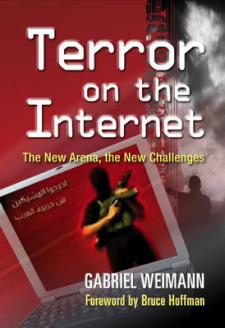 Terrorists fight their wars in cyberspace as well as on the ground. However, while politicians and the media have hotly debated the dangers of terrorists sabotaging the Internet, surprisingly little is known about terrorists' actual use of the Internet.

In this timely and eye-opening volume, Gabriel Weimann reveals that terrorist organizations and their supporters maintain hundreds of websites, taking advantage of the unregulated, anonymous, and accessible nature of the Internet to target an array of messages to diverse audiences. Drawing on a seven-year study of the World Wide Web, the author examines how modern terrorist organizations exploit the Internet to raise funds, recruit members, plan and launch attacks, and publicize their chilling results. Weimann also investigates the effectiveness of counterterrorism measures and warns that this cyberwar may cost us dearly in terms of civil rights.

Illustrated with numerous examples taken from terrorist websites, Terror on the Internet offers the definitive introduction to this emerging and dynamic arena. Weimann lays bare the challenges we collectively face in confronting the growing and increasingly sophisticated terrorist presence on the Net. A publication of the United States Institute of Peace, distributed by Potomac Books, Inc.