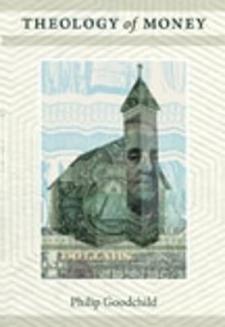 Theology of Money is a philosophical inquiry into the nature and role of money in the contemporary world. Philip Goodchild reveals the significance of money as a dynamic social force by arguing that under its influence, moral evaluation is subordinated to economic valuation, which is essentially abstract and anarchic. His rigorous inquiry opens into a complex analysis of political economy, encompassing markets and capital, banks and the state, class divisions, accounting practices, and the ecological crisis awaiting capitalism. Engaging with Christian theology and the thought of Carl Schmitt, Georg Simmel, Karl Marx, Adam Smith, and many others, Goodchild develops a theology of money based on four contentions, which he elaborates in depth. First, money has no intrinsic value; it is a promise of value, a crystallization of future hopes. Second, money is the supreme value in contemporary society. Third, the value of assets measured by money is always future-oriented, dependent on expectations about how much might be obtained for those assets at a later date. Since this value, when realized, will again depend on future expectations, the future is forever deferred. Financial value is essentially a degree of hope, expectation, trust, or credit. Fourth, money is created as debt, which involves a social obligation to work or make profits to repay the loan. As a system of debts, money imposes an immense and irresistible system of social control on individuals, corporations, and governments, each of whom are threatened by economic failure if they refuse their obligations to the money system. This system of debt has progressively tightened its hold on all sectors and regions of global society. With Theology of Money, Goodchild aims to make conscious our collective faith and its dire implications.