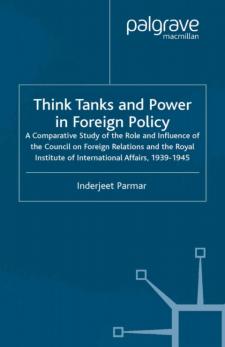 What is the role of elites in shaping foreign policy? Did unaccountable foreign policy elites shape the post-1945 world order? Chatham House and the Council on Foreign Relations were vital in America's shift from isolationism to globalism, and in Britain's shift from Empire to its current pro-American orientation and were also fundamental in engineering public backing for a new world order. Inderjeet Parmar presents new evidence to show how well-organized and well-connected elite think tanks helped to change the world.