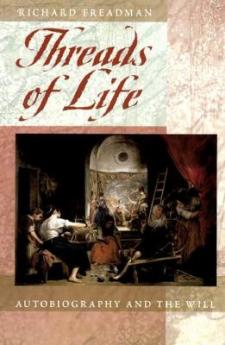 Many autobiographers share profound questions about human life with their readers - questions like: To what extent was my life imposed on me? To what extent did I bring it about through particular choices and actions, through the acivity of my own will? Indeed, the issue of will is central to autobiographical writing, and some of the greatest autobiographies give extended consideration to the will - its nature, its powers and its limitations. In this new study, Richard Freadman offers the first sustained account of how changing theological, philosophical and psychological accounts of the human will have been reflected in the writing of autobiography, and of how autobiography in its turn has helped shape various understandings of the will. Early chapters trace narrative representations of the will from antiquity to postmodernism, with particular emphasis on late modernity's culture of the will. Later chapters then present detailed and original readings of autobiographical texts by Louis Althusser, Roland Barthes, B.F. Skinner, Ernest Hemingway, Simone de Beauvoir, Arthur Koestler, Stephen Spender and Diana Trilling.
"Threads of Life" includes a theoretical defense of the view that autobiographers are, in varying degrees, agents in their own texts. Freadman argues that late modernity has inherited deeply conflicted attitudes to the will. He suggests that these attitudes, now deeply embedded in contemporary cultural discourse, need reexamining. In this, he contends, "reflective autobiography" has an important part to play.