Three Expeditions into the Interior of Eastern Australia 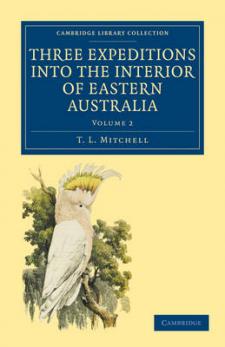 Sir Thomas Livingstone Mitchell (1792-1855) was an acclaimed surveyor and explorer of Australia. After attending the University of Edinburgh Mitchell joined the British Army in 1811. He took part in major battles of the Peninsular War and difficult military surveys in the Pyrenees. In 1827 he was appointed Deputy Surveyor of New South Wales, and he became Surveyor General in 1828. This fascinating two-volume work, first published in 1838, contains Mitchell's illustrated account of his three expeditions into the then unexplored interior of modern eastern Victoria and southern New South Wales between 1831 and 1836, for which he received a knighthood in 1839. Drawing on Mitchell's personal journals, Volume 2 describes in vivid detail the difficulties and dangers of exploring the Murray-Darling river systems, and provides valuable first-hand descriptions of the lives and society of the indigenous Australians his expedition encountered.