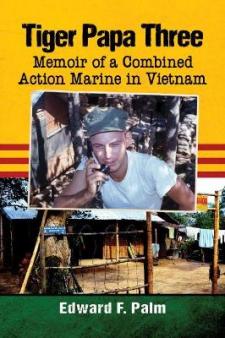 The U.S. Marine Corps' Combined Action Program (CAP) in Vietnam was an enlightened gesture of strategic dissent. Recognizing that search-and-destroy operations were immoral and self-defeating and that the best hope for victory was "winning hearts and minds," the Corps stationed squads of Marines, augmented by Navy corpsmen, in the countryside to train and patrol alongside village self-defense units called Popular Forces.

Corporal Edward F. Palm became a combined-action Marine in 1967. His memoir recounts his experiences fighting with the South Vietnamese, his readjustment to life after the war, and the circumstances that prompted him to join the Corps in the first place. A one-time aspiring photojournalist, Palm includes photographs he took while serving, along with an epilogue describing what he and his former sergeant found during their 2002 return to Vietnam.