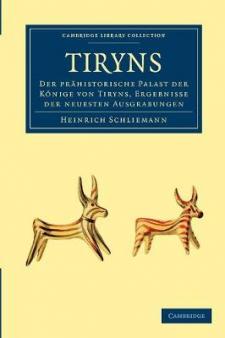 Heinrich Schliemann (1822-1890) was a businessman and self-taught archaeologist who is best known for discovering the legendary city of Troy. Inspired by his belief in the veracity of the Homeric poems, Schliemann turned his attention to uncovering other cities mentioned in the Iliad. This volume provides an account in German of his excavations in 1884-1885 at Tiryns, a major Bronze Age city and centre of Mycenaean civilisation. These revealed a palace complex at the site, which was the most complete example of its kind until Evans' excavation of Knossos: examples of Minoan art found at Tiryns were the first demonstration of Mycenaean contact with the Minoan culture of Crete. The topography and history of the site and its artefacts are described, together with detailed discussion of the palace, and a description of Schliemann's controversial excavation methods. This volume remains an important source for the historiography of archaeology.