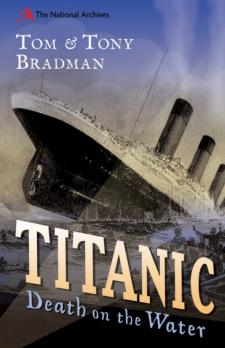 Fascinating fictional retelling of the events that led to the tragedy of the Titanic, based on documents from the National Archives and written by bestselling author Tony Bradman and his son Tom. A Belfast boy is terrified of getting a job in the dockyard where the Titanic is being built, and where his father died. Instead he gets a job on the ship, where he thinks his biggest problem is his rivalry with a fellow ship's boy who calls him a coward. On the night the unsinkable ship meets the iceberg, he must find out how brave he really is.