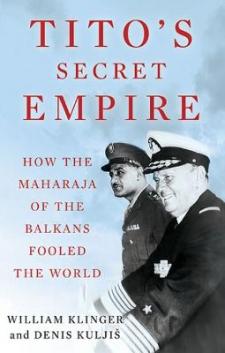 This groundbreaking biography of Marshal Tito of Yugoslavia presents many startling new revelations, among them his role as an international revolutionary leader and his relationship with Winston Churchill. It highlights his early years as a Comintern operative, the context for his later politics as a leader of the Non-Aligned Movement (NAM). The authors argue that in the 1940s, between the dissolution of the Comintern and the rise of NAM, Tito's influence and ambition were far wider than has been understood, extending to Italy, France, Greece and Spain via the international Communist networks established during the Spanish Civil War. Klinger and Kuljis disclose for the first time the connection between Tito's expulsion from the Cominform and the Rome assassination attempt on the Italian Communist Party leader, Palmiro Togliatti--the man who had plotted to overthrow Tito.

'Tito's Secret Empire' offers a pivotal contribution to our understanding of Tito as a figure of real, rather than imagined, global significance. This dazzlingly original book will reward all those who are interested in the history of international Communism, the Cold War and the Non-Aligned Movement, or in Tito the man--one of the most significant leaders of the twentieth century.