Topics in the Theory of Chemical and Physical Systems 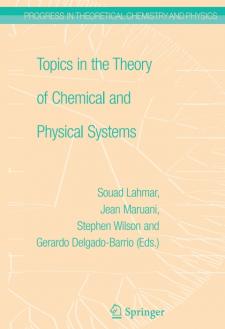 This volume contains a representative selection of papers presented at the Tenth European Workshop on Quantum Systems in Chemistry and Physics (QSCP-X), held at Beit al-Hikma, seat of the Academie Tunisienne des Sciences, des Arts et des Lettres, in Carthage, Tunisia, September 1-7, 2005. About 90 scientists from 18 countries, half of them from North Africa, attended the meeting, which foc- sed on the evolution of current issues and problems in methods and applications. This workshop continued the series that was established by Roy McWeeny near Pisa (Italy), in April 1996, then continued on a yearly basis: Oxford (1997), Granada (1998), Paris (1999), Uppsala (2000), Sofia (2001), Bratislava (2002), Athens (2003), Grenoble (2004) .... The purpose of QSCP workshops is to bring together chemists and physicists with a common field of interest - the quantum mechanical theory of the many-body problem - and foster collaboration at the fundamental level of innovative theory and conceptual development. Quantum mechanics provides a theoretical foundation for our understanding of the str- ture and properties of atoms, molecules and the solid state in terms of their c- ponent particles, electrons and nuclei. The study of 'Quantum Systems in Ch- istry and Physics' therefore underpins many of the emerging fields in science and technology: nanostructures, smart materials, drug design, and so on. The tenth workshop was the first in the series held outside Europe.