Torah and Law in Paradise Lost 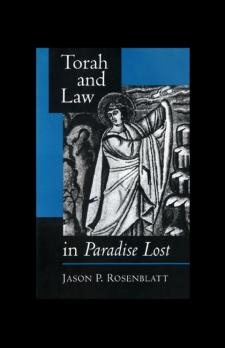 It has been the fate of Milton, the most Hebraic of the great English poets, to have been interpreted in this century largely by those inhospitable to his Hebraism. To remedy this lack of balance, Jason Rosenblatt reveals Milton's epic representations of paradise and the fallen world to be the supreme coordinates of an interpretive struggle, in which Jewish beliefs that the Hebrew Bible was eternally authoritative Torah were set against the Christian view that it was a temporary law superseded by the New Testament. Arguing that the Milton of the 1643-1645 prose tracts saw the Hebrew Bible from the Jewish perspective, Rosenblatt shows that these tracts are the principal doctrinal matrix of the middle books of Paradise Lost, which present the Hebrew Bible and Adam and Eve as self-sufficient entities.Rosenblatt acknowledges that later in Paradise Lost, after the fall, a Pauline hermeneutic reduces the Hebrew Bible to a captive text and Adam and Eve to shadowy types. But Milton's shift to a radically Pauline ethos at that point does not annul the Hebraism of the earlier part of the work. If Milton resembles Paul, it is not least because his thought could attain harmonies only through dialectic. Milton's poetry derives much of its power from deep internal struggles over the value and meaning of law, grace, charity, Christian liberty, and the relationships among natural law, the Mosaic law, and the gospel.