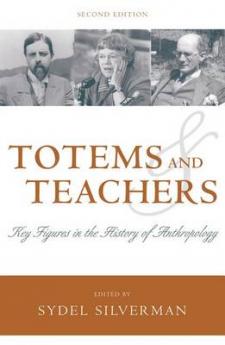 Sydel Silverman presents a long-awaited second edition of this fascinating classic work, originally published in 1981. Eleven distinguished anthropologists offer an insiders' reflection on nine prominent figures who helped shape the discipline. This is one of few books that traces the theoretical development of anthropology through the lives of the well-known figures who have influenced its historical trajectory. Studies range from Franz Boas by Alexander Lesser, Alfred Kroeber by Eric Wolf, Paul Radin by Stanley Diamond, Bronislaw Malinowski by Raymond Firth, Ruth Benedict by Sidney Mintz, Julian Steward by Robert Murphy, and Leslie White by Robert Carneiro. A significantly revised biographical sketch of Robert Redfield by Eric Wolf and Nathaniel Tarn and a chapter on Margaret Mead by Rhoda Metraux and Sydel Silverman are new to this edition. Biographies of the contributing authors, themselves well-known anthropologists, make this book a unique double-layered history of the development of the field. This book is a key textbook for classes in history of anthropology and anthropological theory, and a fascinating read for those interested in biographical study and the development of anthropology.